Visio divina is latin for “divine seeing” and is similar to the Christian practice called lectio divina with which you may already be familiar.  Similar to lectio, visio divina is a form of prayerful contemplation. Instead of reading a passage from the bible you prayerfully gaze into a picture. For my first post I want to offer a guided mediation on the featured image seen above and on many of the pages on this website.

Painted by Rembrandt, this piece entitled “The Return of the Prodigal Son” depicts a scene from Jesus’ famous parable of the same name found in the Gospel of Luke. In relation to the story this is the moment when the long lost son comes home to the welcoming embrace of his compassionate and loving father. The elder brother can be seen in the shadows of the background where he sulks over the younger son’s apparent preferential treatment. Like all parables there are many ways to see yourself in this story. Some people see themselves in the father as a calling to offer unconditional forgiveness and love to another person. Some people see themselves as the prodigal son, who lost his way in life before deciding to come home and ask for help. Still others see themselves as the jealous and self righteous older brother who struggles to show mercy and compassion. Revisit the painting where its posted below and spend some time meditating on it. Where do you see yourself? What is the image speaking to you? 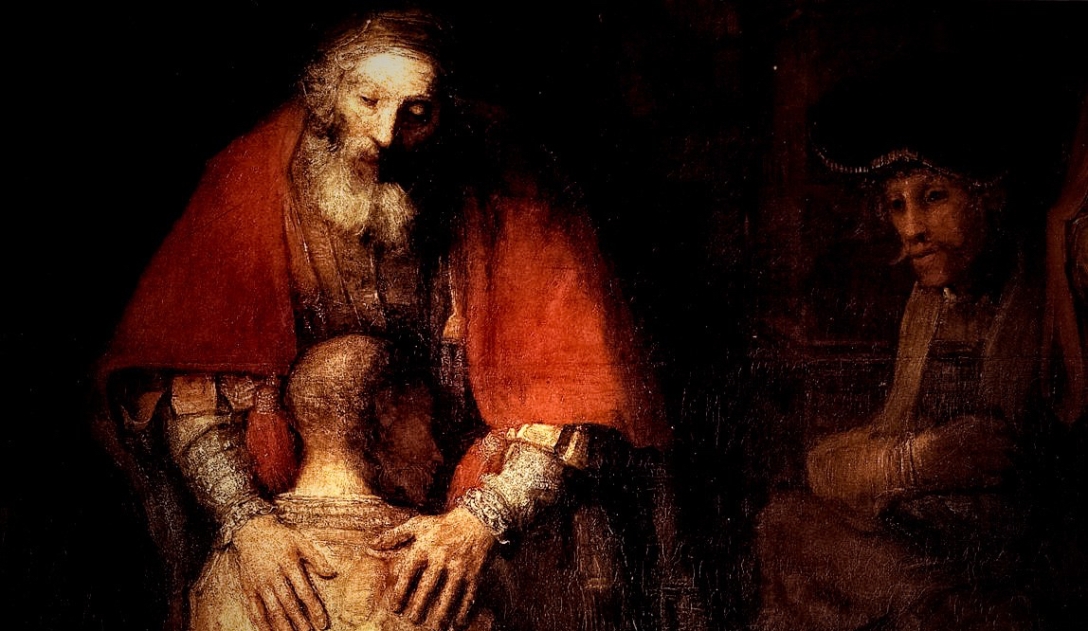 One thought on “Visio Divina”